Brazil – change of strategy against Covid

If, on the one hand, the government shows its inability to lead  Brazilians towards overcoming the crisis, on the other, an impressive humanitarian network is being woven.

When I started writing this article  from  March, when the disease arrived in the country, more than 51,000 people had already died in Brazil, victims of Covid-19. In addition, it has been estimated that over 1 million people have already been infected. This is  without considering the cases not officially reported. In cities where circulation has recently been allowed once more,  the number of new cases has increased significantly. Apart from the good news that most of these people have survived this further spread of  coronanvirus, the number of deaths is appalling. For specialists  this disastrous situation can be explained by the position of the Federal Government in the fight against the disease and  also the lack of awareness of many Brazilian citizens about the seriousness of Covid-19. 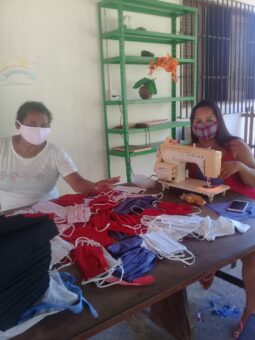 Regarding  the behaviour of the population, it seems that many people are convinced of the ease of infection  or even the danger to  life, only when a person close to them is a victim of the disease. Others risk contact in public, even if conscious of the problem, because they cannot find another way to support their family. Not everyone can work from home. In fact, the unemployment rate is rising rapidly and an acute recession tends to be inevitable, as is the collapse of the economy.

As for the position of the federal government, President Jair Messias Bolsonaro is daily and harshly criticized for not having acted in favour of the population both to protect it and to safeguard those who are victims of the infection, especially the large mass of the economically most vulnerable population. Contrary to what experts around the world claim, he insists on asking people to come out of social isolation and return to their normal activities, with the justification that all of us “will starve to death if the economy stops”.

Given  this position, Bolsonaro criticized the State Governors and Mayors for insisting on social confinement; he attacked the press with the justification that the disclosure of data on the disease is being misrepresented and even encouraged his most radical supporters to invade hospitals to show that there are empty  beds, contrary to reports in the media in general.  The delay in publicising the death toll also seems to reflect this attitude of the President in the fight against social isolation, which has so far been the only safe and recommended practice to prevent coronavirus infection.

In addition to the fact that, after losing two doctors who held the post of Health Minister, this ministry, which is crucial in the current context, is temporarily led by Army General Eduardo Pazzuelo, a paratrooper in training and without any knowledge or experience in public or private health. It is worth noting that Brazil has a public health system considered a model by specialists around the world, the SUS (Unified Health System). However, weakened for a long time by a lack of investment and adequate public policies, this system has proved insufficient to serve the population, especially the most needy.

The most ardent supporters of the Brazilian President follow Bolsonaro’s ideas, claiming that he was democratically elected (and this must be respected), that the media only indicate what they consider negative about the government (and never show the good he has done) and, worse still, do not present the reality of the facts. In the end, the balance of this clash is that, in fact and once again, it is the Brazilian population in general, especially the poor, who are the losers.

In reality, Brazil’s historic social inequality has been exacerbated by the health and economic crisis caused by the Covid-19 pandemic. A consolation and hope in the face of this complex picture comes from a silent network of anonymous heroes who accept to take risks and do not measure their efforts to help those who most need and suffer as a result of this unprecedented crisis. 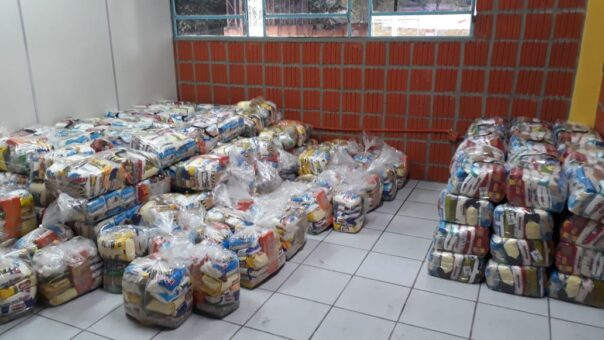 A Network of Solidarity
As soon as the Covid-19 pandemic began, many people, groups and civil and religious institutions in Brazil, as in other regions of the world, rolled up their sleeves and set to work  to help the most vulnerable in this situation: the elderly, the sick, the poor and others. A great network of solidarity has been woven throughout the country, led by anonymous heroes, among whom many have become true martyrs, victims of the illness. This is without counting the work of health professionals and others (such as those working in security, transport, food and medicine traders) who are at the forefront of this fight against coronavirus.

These gestures of solidarity can be simple, original and of different proportions: it is worth both shopping for the elderly neighbour and distributing food to people living on the street.  Vidal Nunes, for example, a university professor from the city of Vila Velha (state of Espírito Santo) prepared a large pot of soup and decided to offer it to his neighbours. The initiative impressed one of these people who proposed to form a mutual aid group among the residents of the apartment block. 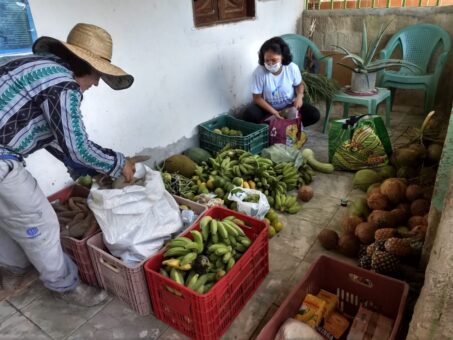 The social work organisations have also started to concentrate their efforts to help the people most affected by this crisis. An example of their work is the joint initiative of Obra Lumen and Fazenda da Esperança, to which several other entities have joined, which now receive homeless residents in different regions of Brazil. Other organizations – such as the National Association for the Economy of Communion (Anpecom) – have mobilized associated companies and entrepreneurs and sympathizers to achieve a communion of resources to help poor families.

In the Federal District and the city of Goiânia, in the central-western region of the country, a group of people of different ages, linked to the Focolare Movement, organized and launched the Be Light Project, through which they brought material aid and guidance to families in difficulty and also to an indigenous village in the region.  The magazine Cidade Nova found that between the end of March and the end of April this year, according to the calculations of the Brazilian Association for the Acquisition of Resources, 1.1 billion reais (about 165 thousand euros) was  made in donations from banks and companies.

Solidarity is not only in terms of material aid. There are also those who have decided to do something  to help their friends to develop a healthy lifestyle during the period of isolation. This is the case of the Physical Education teacher, Renata Castilho Leite, from the city of São José dos Campos (State of São Paulo), who  decided to record more than 40 short videos with guidelines for physical exercise that everyone can do at home.

There are still those who agree to take risks or overcome obstacles so as to act in solidarity. One of these examples comes from the director of the public school Cleusa Regina de Vargas Araújo, from the municipality of  Garuva (interior of the state of Santa Catarina, southern region of Brazil). When she realized that many of her students did not have access to the Internet and could not continue their distance learning during the period of social isolation, she had no doubt: she traveled up to 6 kilometers and went from house to house  to deliver materials and school meals. In addition to this gesture of material donation, the headmistress wanted to donate her time and attention to the students and relatives who found in her someone capable of welcoming them.

Judging by this and thousands of other experiences, which will not makethe  news, in times of social distancing, this meeting between people has never been so important for a country that needs to change its strategy against coronavirus.

Health Dialogue Culture wants to contribute towards the elaboration of a medical anthropology inspired by the principles of the spirituality of unity which animates the Focolare Movement and by related experiences made in different countries.

This work is licensed under a Creative Commons License and has been developed with a Free Software released under the GNU/GPL License.
Zenadia da Silva: This email address is being protected from spambots. You need JavaScript enabled to view it.